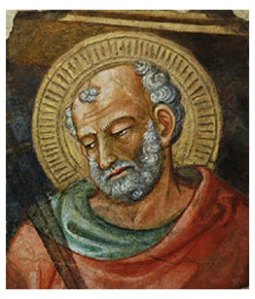 There is a place for civil discourse, but apparently it’s not on the internet. Put differently, if you think politicians are negatives, you should read what their supporters and detractors have to say.

This is not a political issue. People on the right and the left are irrational and disrespectful to each other. The way some right wing zealots treat the president we are supposed to be praying for makes the left’s treatment of Sarah Palin look mild by comparison. And frankly, both are out of order.

Find just about any article on politics and the vicious and vacuous comments will make you wonder about the underlying assumptions of a representative democracy. Even if we have an educated citizenry, they aren’t very nice to each other.

And, well, it’s hard to tell if they are educated after all. Profanity, mangled grammar, unintelligible spellings—did these people really go to school for twelve or more years?

But Jude, the half-brother of Jesus, is not concerned about their grammar when he compares such men to fallen angels, men whose very dreams defile the flesh, reject authority and “revile angelic majesties.” Even Michael the archangel wouldn’t deliver a “railing judgment” against Satan himself, Jude tells us. Yet we vent our spleens on mere politicians.

Nothing is sacred online, it seems. And the assumption of anonymity allows many to “revile the things which they do not understand.”

Jude is eloquent in his critique. Such men are clouds without water, autumn trees without fruit, waves of foam—“hidden reefs in our love feasts.” And his response is gracious. Have mercy, he says. And save some.

“Keep yourselves in the love of God, waiting anxiously for the mercy of our Lord Jesus Christ,” Jude advises.

That’s because mercy is a necessary antidote to the caustic spirit of the age. As my son Pilgrim points out, there is only one promise in the entire, very short, book of Jude: “In the last time there will be mockers.”

The apostles must have had visions of the internet.

2 thoughts on “the caustic spirit of the age”