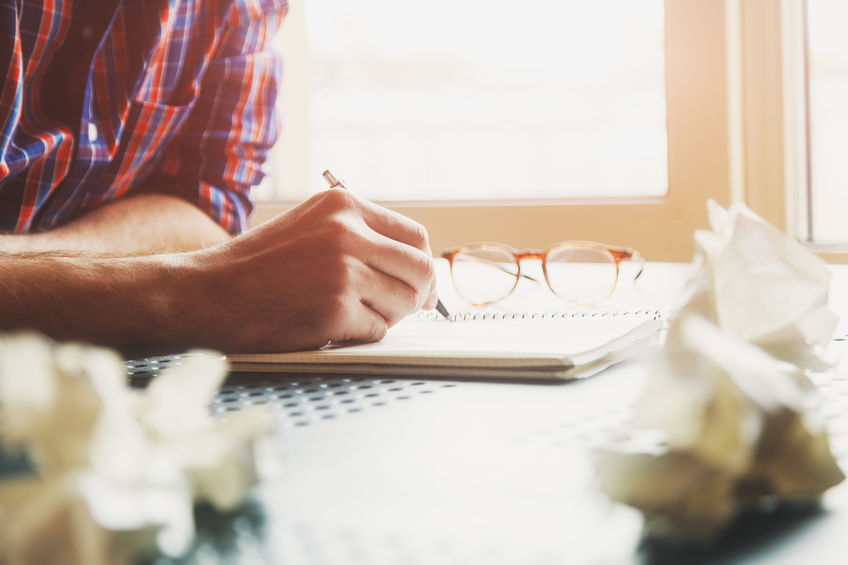 In junior high, your language-arts teacher, tired of reading short sentences with their brain-numbing rhythm, suggested to your class that you should use adjectives. And adverbs. (We’ll get to that in another post.)

You were on to something, and this trick alone helped you master the 500-word essay in college, adding clutter to everything you wrote without adding meaning. It was probably the worst writing advice you ever got.

Mark Twain, observing this tendency. once wrote, “When you catch an adjective, kill it. No, I don’t mean utterly, but kill most of them–then the rest will be valuable. They weaken when they are close together. They give strength when they are far apart.”

When you catch an adjective, kill it is good advice, and is in fact the title of a book by Ben Yagoda, who published the first chapter in the New York Times. Yagoda’s Sound on the Page masterfully tackles the distinction between plain and fancy writing, one of my favorite books on language. (Buy it if you are a serious word person.)

Of course, I agree with Twain that you can not kill them “utterly.” We need them. Sometimes. But for weak writers they have become a crutch and their overuse results in weaker nouns and verb. What we need is better and fewer adjectives, not frequent and meaningless ones. Here why:

The better adjective will be more precise. I won’t go quite as far was the gargantuan dog, but size may matter if you want him to be scary. The breed of dog would tell us more, however, since it might suggest both size and disposition. The chocolate lab and the angry pitbull are both more helpful. And visual.

You can also diminish the power of an adjective by using too many of them. “The rusty car” may convey your thought better than “the red rusty car,” if the color is not that important. (Again, “rusty Volvo” would work better, signifying some shattered dreams or expectations. ) You can make it red if you want, but I will think about red when you want me to think about rusty. On the other hand, if it’s a Camero, you may want me to think about red.

The long string, however, like the title of this essay, is where the real danger lurks. We tend to pile adjectives up like firewood, expecting more heat when all we get is more cobwebs. Chose the one or two that does the job you are trying to do. As Twain noted, they are weaker when they are too close together.

Another problem is when they repeat the idea, already suggested or perhaps even implied by the noun. They often come in pairs, like “it was a complete and total disaster.” Pick one. Common examples of such redundant pairs include: full and complete, each and every, hopes and dreams, whole entire, first and foremost, true and accurate, always and forever. What’s the use of pairs like this, other than causing our eyes to glaze over? Pick one, or better yet find a fresher way to say what you mean, since most of these are cliches anyway.

And of course, if the adjective is conveyed in the noun there is no need for it. Isn’t all planning “advance planning?” When else can you plan? Necessities are basic. Moments are brief. Things in proximity are always close. That’s what the word means.

Voltaire said “the adjective is the enemy of the noun,” although he probably said it in French. The noun itself is the enemy you’ve been fighting since grade school. The big dog is a lab. The bad man is a pedophile. The lab barks. The pedophile abuses. Nouns and verbs can do most of the work, and do it better.

In the end, we don’t just need adjectives that are more precise; we need nouns that are more concrete. We need them especially on social media, where understanding the actor and the action is more important than all our adjective-heavy interpretations. Yagoda points out that only 6 percent of all words in the British National Corpus (a 100 million word collection) are adjectives.

That may be too many.

A master (you probably aren’t one) can occasionally string together some delicious and satisfying modifiers, but most of us end up sounding like bad romance novelists, offering fluff without substance and words without significance.

You should check each (meaningless, unnecessary, redundant) one.