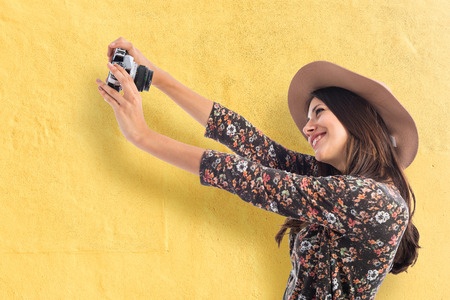 Social media might make two particular sins easier, but it doesn’t cause either of them.

Does social media lead to gossip?
It might make it easier to gossip, for example. Or at least faster. But if you are a gossip, the internet is just a new tool. And now you gossip about politicians and movie stars, since your mother-in-law is probably reading your Facebook wall. In fact, social media may make it harder to talk about our friends in some ways, but easier to talk about people we don’t even know. Flame wars between Christian bloggers are notorious in this regard.

The Scripture addresses gossip and deceit dozens of times, but just the fact that “false witness” made the Ten Commandments proves this goes back a little further than the internet. All social media does is make it more likely you will be found out, for concerns we have already covered.

The evidence is mounting that there is a correlation between narcissistic tendencies and taking more selfies, posting more updates and tagging ourselves more frequently than others. But none of this is causation. In fact, narcissistic traits are usually obvious by the age of 7. And the often noted narcissism of millennials is more likely the result of societal and parental coddling than the use of social media. Many of them thought the world revolved around them long before they got a cell phone.

Frankly, there is a little narcissism in all of us, arising as it does out of our limitless capacity for self-centeredness. This goes back even further than the Ten Commandments, to the Fall. Eve and Adam wanted to be like God. They wanted to make their own rules. Asserting self-will is in our DNA.

Those we call narcissist are just more open about it, though in some sense just as needy as people with low self esteem. Both have a high need for affirmation, and social media is an easy way to quantify their “likes.” Or responses. Or control. It is pretty sad if our motivation on social media is to see if people like or even notice us.

But people who use social media primarily for self-promotion are doing exactly that: using it. We probably wouldn’t like them if we met them face to face either, even though we may be doing it ourselves. Bragging is as old as sin.

And is sin. So is gossiping. It must be dealt with as sin. Confess it. Then stop it. (The narcissist in you will make you want to tell us about it, and hope we “like” it.)

You see, social media just amplifies our need to elevate ourselves. Or enables it. Bragging and gossiping are still the ways we have always done it.

The problem is in our heart.

1 thought on “does social media make us narcissists?”