There is a car show in Detroit this week, but I think I’ll skip it.

I don’t like cars. I can’t control them. And I can’t afford them.

Sure, I really wanted a car once. When I was 17. In fact, I bought a 1967 red Chevy Camaro. It was cool. OK, yes, it was a very wimpy 6 cylinder, but I did get stopped for drag racing in downtown Chattanooga.

After that it was all downhill. You can tell by the fact that I may be the only man in history to trade a Camaro for a Gremlin. There is no way to remember all the cars I’ve forgotten. Or any reason to.

Although I did own a Pacer. A series of American Motors cars, actually. It means something that the only car loyalty I ever had was to a company that went out of business.

I had a Maverick one time that ran forever. It embarrassed my relatives because it was so rusted. And I’ve actually had some luck with foreign cars, except the ones I drove into deer. 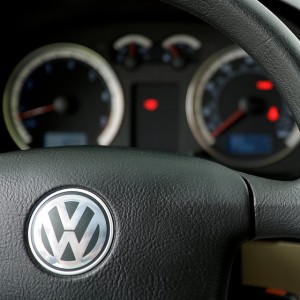 Right now I drive a VW Jetta. It’s fun. It has a 5 speed manual transmission and a turbo charger. I really like the Jetta because it has red and blue lights on the dashboard. At night I feel like I’m piloting a space ship. The console has a warm and friendly glow.

There are orange warning lights too. I see them a lot.

Actually, right now I’m not driving the Jetta. It’s in the shop for the third time in six weeks. You just drive down the road and it loses power. Then you call a tow truck. And then you wait while they order parts from Europe.

After a timing belt, a water pump, a tune up, a fuel pump, two fuel filters and a third round draft pick, today it stalled six times in 12 miles. All you have to do is wait ten minutes and try again.

Six times ten represents an hour sitting by the road, wishing I was doing something else. And that’s not counting the two hours I spent waiting for someone to come pick me up at the repair shop. 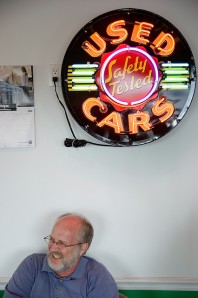 Of course when I drove it 15 miles to the shop it ran perfectly, so how can they tell what’s wrong?

It’s not mechanics I don’t like, by the way. They seem like perfectly reasonable people who happen to speak a different language. They seem like magicians, actually, who can make money disappear.

We have our oil changed and our tires rotated. We listen to Car Talk on public radio. The mechanics like to tell us how well cared for our car is.

I think about how well cared for our mechanics are.

And how I made a gun rack in shop class instead of leaning to do a tune up.

And all the pretty colors on the dash.

2 thoughts on “please excuse me while I vent”