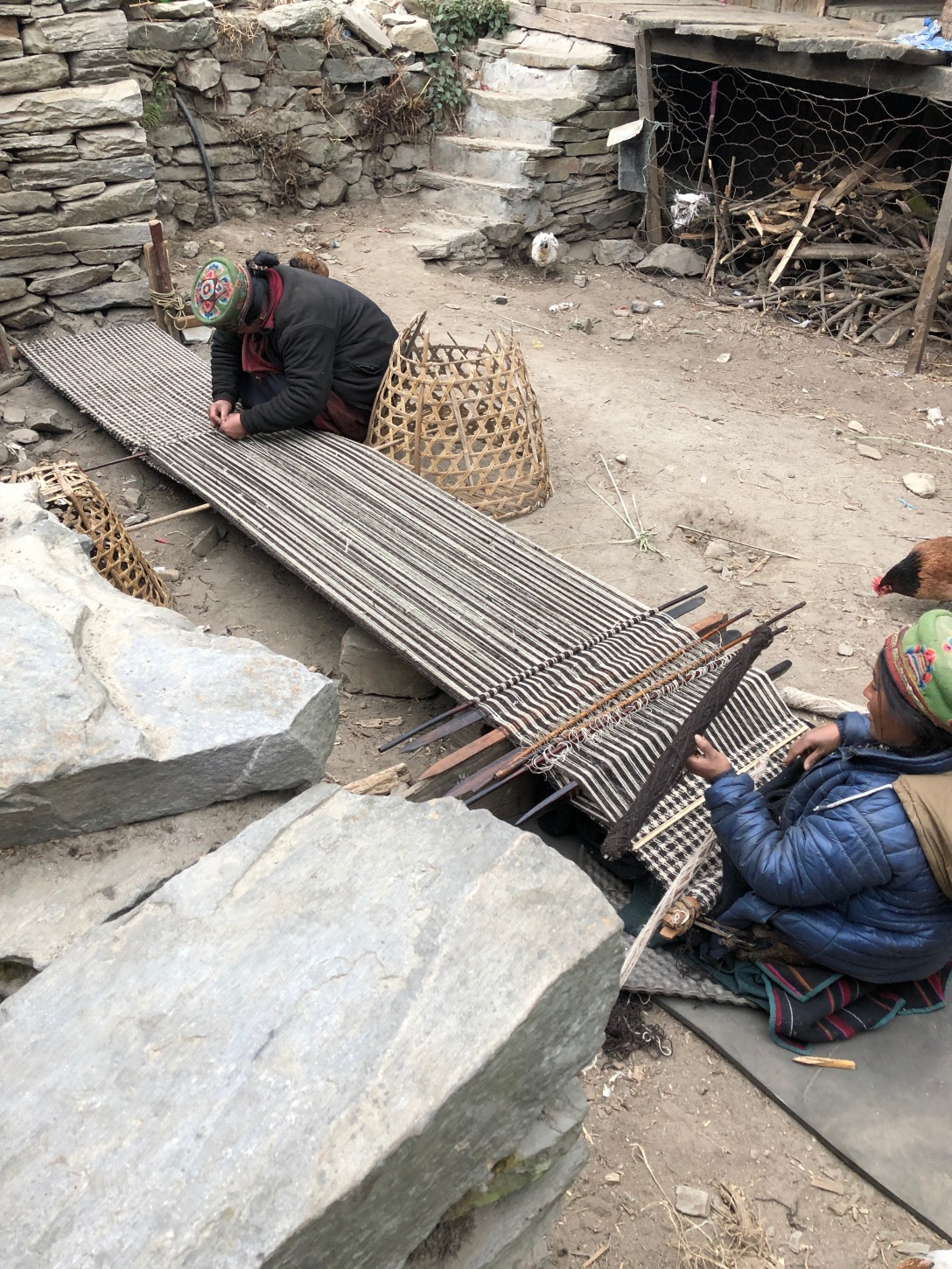 Unless the LORD Builds the House
Psalm 127, A Song of Ascents. Of Solomon.

[1] Unless the LORD builds the house,
those who build it labor in vain.
Unless the LORD watches over the city,
the watchman stays awake in vain.
[2] It is in vain that you rise up early
and go late to rest,
eating the bread of anxious toil;
for he gives to his beloved sleep.

[3] Behold, children are a heritage from the LORD,
the fruit of the womb a reward.
[4] Like arrows in the hand of a warrior
are the children of one’s youth.
[5] Blessed is the man
who fills his quiver with them!
He shall not be put to shame
when he speaks with his enemies in the gate. (ESV)

Kathmandu, like any city, bustles with the nervous energy of western materialism, despite the many tourists who have come on spiritual quests, seeking the mantras and the meditations. It is perhaps no gift westerners have given them, the endless creative futility of work that worships the dollar, or in this case, the rupee.

But in the mountains, they continue to eke out a bare existence from the rocky fields. When we were there, in winter, everything was dusty, but you could see how the trails would be deluged in the monsoon season and had to be rebuilt each year. For thousands of years, it has been so, a fragile, fearful people scraping by in the shadows of the Himalayas. Although the village tribal groups are mostly Buddhist, their daily life is quite unlike that of their serene and contemplative idol.

One of the ten poorest countries in the world, Nepal is caught between two visions of work, a more industrious and modern one, or the more ancient resigned and fatalistic one. Under their Hindu kings, there was no Sabbath, and either way, the days grind on and on, even as the Brahmin are now being replaced by the businessman. Everyone is a slave. And always has been.

Against this tension, Psalm 127 offers a Biblical vision of work. “It is in vain that you rise up early and go late to rest, eating the bread of anxious toil (vs. 2).” Unless. Unless the Lord builds the house. Unless the Lord guards the city. Unless he gives rest to his people. Work can be futile but is not presented here as evil. After all, the Lord himself works, building and guarding his Holy city (vs. 1). He has worked from the beginning; Genesis 1 is a journal of his working and resting. He made the mountains and the people in them. This Psalm is rather a lesson about why pilgrims work and what they work for.

Pilgrims work under the shadow of God’s purpose, otherwise, their work is “in vain,” which the songwriter, Solomon, points out three times. Meaningful work is when we find out what God is doing and join him in it. This is why we are working, for his purposes and for his glory. And we do this in ordinary ways as we do ordinary things, tilling a field of rocks or driving a bus through hectic city streets. The example the author provides is that of a father, whose children are a heritage and a reward. Certainly, the man didn’t do any “work” to get them (although of course, his wife did labor). Certainly, he works each day to provide for them, and to aim them toward faithfulness, “like arrows in the hand of a warrior.”

But even here the work is the Lord’s, who knit our children together in their mother’s womb. As we watch them grow, alternating between delight and alarm, we take pride in them, speaking about them “with our enemies in the gate (vs. 5),” or perhaps posting pictures of them on Facebook. In all this, we know we are blessed, that we are joining the Lord’s work and depending on his grace. As we see our children laugh and grow, each of them with distinct gifts and potential, we rejoice, because God is good, and his creative work is still unfolding.

This example points us toward all godly work, which is not about what we possess but about what we treasure. And the treasure should be the people around us, all of whom bear the image of God. This was the true joy we saw in the mountains, the joy villagers had in their children and in their people.

Faithfully cultivating such relationships sanctifies our work, transforming “the bread of anxious toil” into God’s work, the work that happens when his people join him in building homes and churches where he resides. Only then, “he gives to his beloved sleep,” not the sleep of idleness or exhaustion, but of restoration and peace. This is also the Gospel, God through his own Son doing a work we can not do for glory we cannot claim, enlarging his own family and transforming his children. This is where we can finally rest. This is the household of faith.

And unless the LORD builds the house, those who build it labor in vain.