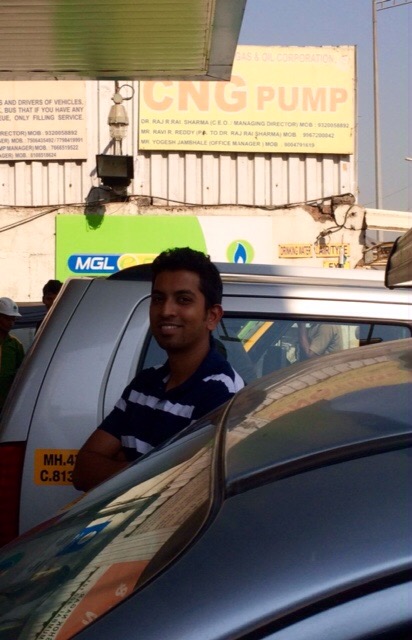 We do a lot of waiting in Mumbai. Mostly for the bus.

Part of this is logistics. There are 20 of us on a big bus, often on small roads. In fact, there is a sharp bend on the road where our hotel is and our chartered bus can’t even get to the hotel; when our host arrives, we walk a few blocks to a major intersection.

And then we wait some more, but not very long. I have a sense the bus is waiting nearby; someone makes a phone call that puts the whole thing into motion.

Part of the waiting also has to do with our host. Smeeta, a dear friend who coordinates our intinerary in Mumbai, who has a full time job as the CEO of Jeenan Aadhar, a for-profit company that provides transitional support for young women who have been rescued from the sex trade.

If she is late because she has to call a social worker or house mother, I don’t mind. She also has a family, a job, a church—all with obligations. These are the same reasons I’m often late. And of course it helps that I know  whatever is waiting at the end of the bus ride will be worthwhile, which so far includes great sea food, Bollywood dance lessons, shopping on the street and beautiful people in the organizations and churches with which she connects us.

At least part of this waiting is cultural. Indians are less concerned with time, at least in the Western sense. They are more relational then transactional, a well-documented phenomenom. We Americans, we love our tasks. But they love each other, in a way that pushes the clock out of the foreground.

But there’s something else too.

Consider Abhishek, Smeeta’s able assistant, always in the background, managing the details, picking up tickets and bottled water, communicating with the hotel and bus company. He takes care of us. But I have never have any sense he is worried about us. He is completely nonplussed, even when the details aren’t working out as planned.

This is not a personality thing. It is a cultural thing.

After all, what are you going to do? The bus is late. The person you were supposed to meet is finishing a conversatation with someone else. The monsoons will come. These things happen. Abhishek is completely lacking the American illusion of control, which is not the same thing as lacking purpose and vision.

At 28 he lives at home, attending graduate school. He just bought his first car. He owns some property in a nearby town, which he may be able to sell or rent. He plans to marry someday, with his parent’s blessing.

“I’m preparing for my future,” he tells me, explaining that in a country where only about 2% of the population is Christian it’s hard to find a good match.

In the meantime, he is doing something Americans aren’t very good at.

1 thought on “Letters from Bharat; waiting in Mumbai”