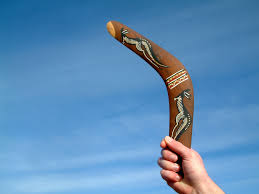 Apparently, the boomerang kids are not leaving home.

According to Adam Davidson writing in the New York Times last summer, this trend that’s been going on over 30 years and is only getting worse. Even before the recession began in 2007, 34% of 20-somethings were depending on their parents for all or part of the rent. A generation ago, about 10% did so.

But there are lots of reasons for the boomerang generation now—and not all of them are related to character. The growth of foreign trade, advances in technology, changes in the tax code, crushing student debt; all of these contribute in some way.

Yet in the face of all this, polling data indicates that 77% of young adults still believe they will be better off than their parents. They can’t all be deluded.

Of course living at home could be a failure to launch. But in many cases it is an economic plan; even married couples are living with parents in order to manage school loans.

I’m not saying that lack of motivation or ability are not factors in many cases. Poor choices can be part of it. But I am saying it’s easy to rush to judgement.

4 thoughts on “failure to launch?”