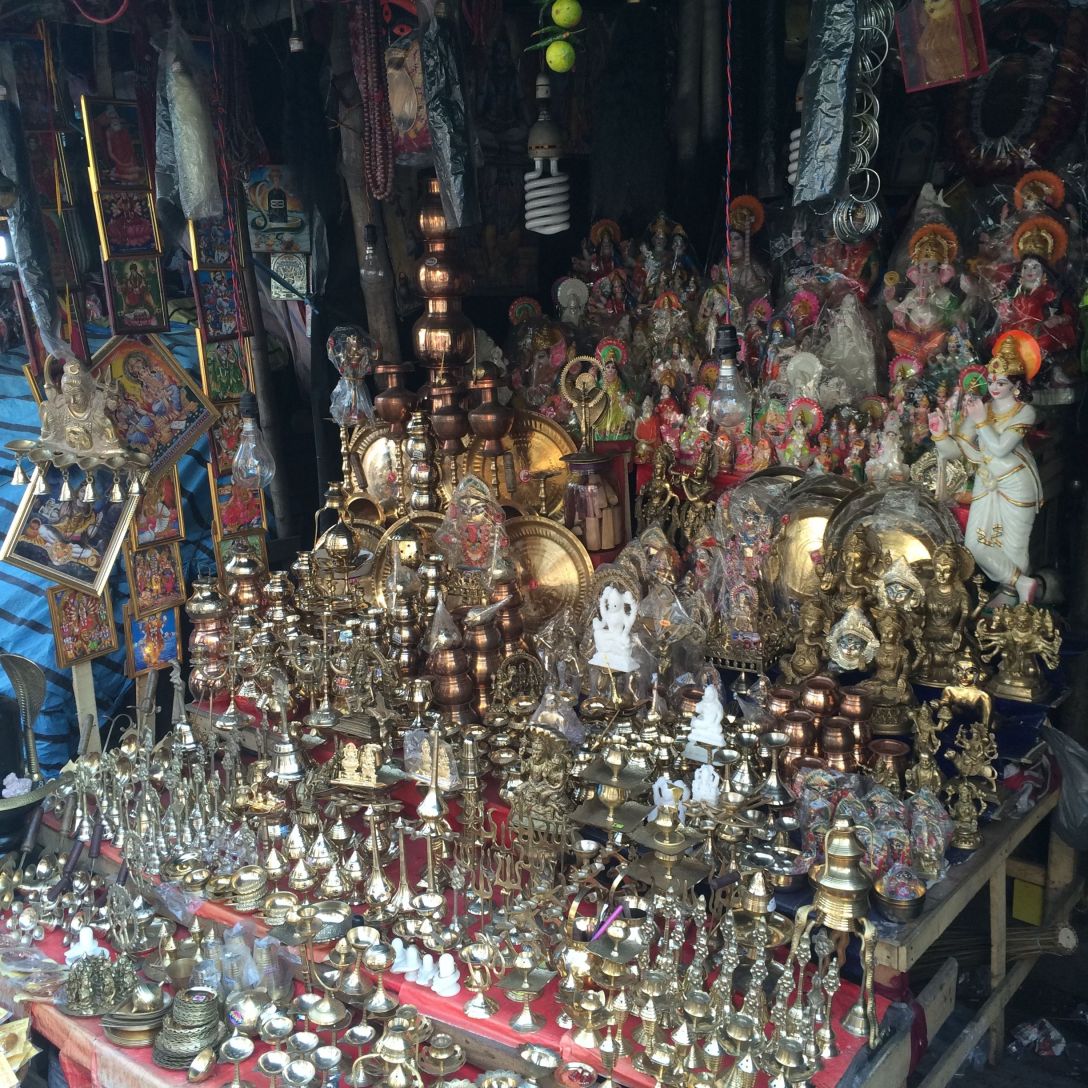 Part 8 in a series, #returntoindia

The number of gods worshiped by Hindus range from one to 330 million. Seriously.

Technically, it is pantheistic monism. There is one undifferentiated, impersonal consciousness, Brahman, the only Reality. But there are an infinite number of manifestations, all of which can be worshipped.

What really matters is to be devoted, even though there is no unifying text, leader or doctrine. And more than 80% of Indians believe this.

For example, Narendra Modi, the prime minister, is a Hindu nationalist, and this makes Muslims (13%) and Christians (3%) nervous. Even the New York TImes has expressed concern about his party’s efforts to “convert” minorities.

This is clearly a Hindu country, and this ancient system—with its emphasis on Dharma (duty), Samsara (birth and rebirth) and Karma (cause and effect) is always apparent, with offerings of flowers, food and fire.

There are shines everywhere. Shop keepers and cab drivers make obeisance to endless deities. Beggars put flowers offered to these gods on your wrist, hoping to create an obligation for alms. Faces are marked with ashes or powders to signify faithfulness.

Temples are crowded. Festivals are innumerable. Darkness. Bondage. Idolatry. It is an unending cycle of prayers and sacrifices.

And pray for the church in India.