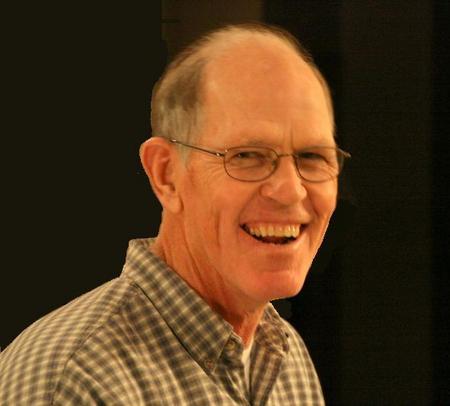 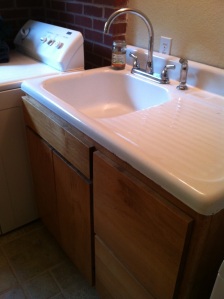 Jack built our custom cabinets, fitting them to an old sink that came with the farmhouse. He did this with the same care and precision he built so many other things.

And Kathy, who has been married to him for 41 years, will miss him.

Eight or nine years ago, he built her a home on several acres next to her mom. It’s a lovely home, a rancher with a walkout basement. There is a porch with a swing on the front.

The siding on the porch is deep-red metal siding. At first, Kathy wasn’t sure she liked it, but Jack told her she did. She does, of course. Especially now.

The home is rich with his touch. Inside the woodwork, including the built-in shelves, reflects the careful craftsmanship he exhibited as a machinist and woodworker.

But the house that Jack built was not just a rancher on a windswept hill. He helped to build the household of faith at two churches, too. People were touched by him, served by him, and loved by him.

He was a youth director in Manitou Beach for over 20 years. And when they moved to Addison they started coming to our church, where Jack, who had another job as a tool and die maker, served as an associate pastor—making calls, leading Bible studies, and helping with the choir.

At church too you see his handiwork. He built the book table and the cabinets in the narthex. But you also see his heart’s work.

Jack was a gentle, quiet man, one who seldom spoke but whose comments in our elders meetings often drew us back to things that really matter. He wanted to get the details right. But he wanted the spirit of the thing right as well.

Even at the end.

He was a solid, faithful man, whose long struggle with cancer taught others how to live with pain and die with dignity.

Galatians 6:10 says, “as we have opportunity, let us do good to everyone, and especially to those who are of the household of faith.” Jack was a man who did good to everyone.

He did good especially for his four adult sons. This is also the house he built— a close-knit family including eleven grandchildren. It is no small thing to leave a legacy of faithfulness.

When Katie and I went to visit Kathy last week three of her sons were there, and they had just been online with their other brother, planning the music for the memorial service yesterday.

It was good to see these men, with intact families and ministries of their own, surrounding and supporting their mom. She will need them and they will be there.

Because this is the house that Jack built.

3 thoughts on “the house that Jack built”