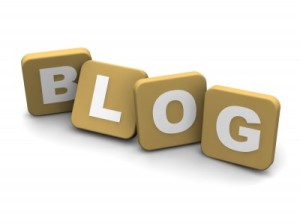 I just updated my blog roll of former students, and wanted to introduce them to you.

I’ve included here people who have taken a class from me, going back as far as 20 years. And I’ve tried to limit it to active blogs—ones which are updated at least a couple of times a month.

There are others I’m sure, so if you are a former student and want to be included, please let me know.

So here is the current list, in alphabetical order by first name:

Aaron Mueller
Aaron has a clever concept, each blog post is one picture plus one hundred words. 1,100 words. A picture is worth 1000 words so he only has to add a few. He’s a working journalist with ethical grit. A former student media editor, he is concise and concrete. I like that in a writer.

Here is an example, about narcissism.

Can’t say
Sorry. Can’t tell you her name. She is a graduate student who is working as a missionary in a country where all her views on social justice may not be appreciated. She says, “I don’t claim to be a prophet, but I believe that God has given me the gift of tears, and the gift of turning tears into words. “ She does.

Christy Duffy
Christy (Peters) was a student so long ago that neither of us would like to say. A student media editor, she has a southern sensibility and a prophetic urgency. Her blog, “Where I am,” was recently featured on blogher. A home school mom with a heart for decency and a head for common sense.

Here is a post about people who talk too much at the movies.

Christy Mesaros-Winckles
If you’ve read my blog, you know my own church isn’t likely to ordain women anytime soon. But another former student editor, Christie goes by the moniker freemethodistfeminist. She is a formidable scholar and a passionate Christian who will challenge your thinking, even if she can’t change it.

Here is a post about Christy’s search for Ida Gage, a circuit rider from the 1800’s

Elise Arvidson
Elise is a recent graduate, a student editor, who is getting married this summer. Her blog, with the clever title “journelise,” offers brief commentary on whatever is in the news, along with comics she creates, personal stories and other thoughtful stuff.

Here are her thoughts on a recent ruling to prohibit prayer at a high school graduation in Texas.

Jason Archer
Jason is a former student who is helping change a denominational culture from management to leadership. Director of communications for the Free Methodist, his blog is part vision, part commentary, part technology and part devotional, with more unity that it sounds like. He is a true innovator and change agent.

Here is post called “from Godin to great,” a thoughtful look at internet guru Seth Godin’s ideas about leadership and their implications for the church.

Kim Hoyt
Kim writes “Just a Southern Girl,” meaning maybe Kentucky. But now she and her husband Ivan are best friends. And missionaries in Argentina, so that’s really south. She was a nontraditional student who spent a few weeks away from her kids at a poetry workshop in northern Michigan a long time ago. She chronicles her missionary experiences, with lots of pictures.

Here is a post about her experience with socialized medicine.

Linda Libert
Linda is a former graduate student with a ministry that encourages parents to take more responsibility in educating their children about sexuality. Her blog looks at examples of our many failures as a culture in this regard. Her passion for purity is clear, as is her love for the young people who have so many challenges in this regard.

She’s been writing about the prominence of the prom, “an overpriced excuse to behave badly in nice clothes.”

Risa Wilkerson
Risa was another non-trad, with a passion for wellness. She writes about transitions—roles, location, responsibility. A mid-westerner who moved to North Carolina with her husband and kids, she is thoughtful about community and justice. And about the pace of our lives. We don’t have to do it all. Really.

Here she writes about an exchange in a coffee shop about her wedding ring.

Terri Reynolds
Terri attended the same poetry workshop as Kim, but as a traditional college student with a chip on her shoulder. Another student media editor, she is now a wise and thoughtful woman whose “commonterri” reflects her literary sensitivity and her commitment to motherhood. She is a dear friend, even though she now works for me. Or she works for me because she is a dear friend. Who likes to makes lists of things I need to do.

Here she is writing about goals, like on a soccer field with six and seven year olds.

As a writing teacher, I’m always gratified when my students publish. So, check out a few of these.

And tell them I sent you.

4 thoughts on “something to read”