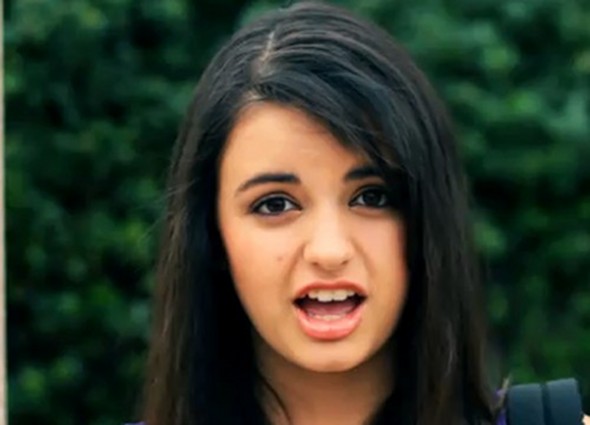 You’ve probably never heard of Rebecca Black. And if you have, you probably wish you hadn’t.

She is the 13-year old YouTube sensation (over 55 million hits) who recorded the incredibly meaningless song “Friday.”

Don’t look at it. Seriously. We all waste too much time on the internet.

But I assure you the lyrics are not exactly profound. Did you know that Friday comes after Thursday and before Saturday? I thought so.

Did you know that teenagers look forward to partying on the weekend? That they want to have fun on Friday night? Right. You knew that too.

Perhaps the most interesting thing is that they eat cereal. Out of a bowl! Never would have seen that coming.

Apparently, all you have to do to be famous is be noticed; a little social media goes a long way.

Here is an entirely forgettable music video that broke out on March 11 because Daniel Tosh of Comedy Central linked to her video on his blog and within minutes his 4.5 million Facebook fans were sharing it with their friends.

And he was mocking it. “Songwriting isn’t for everyone,” he said. And, as it turned out, she didn’t even write it.

Now she is making about $30,000 a week, and donating it to her school’s musical theater and Japanese relief efforts. She says she doesn’t want her stardom to take away from the suffering the people of Japan are facing.

That’s a safe bet. They wake up every morning wishing it was Friday night.

I’m touched. Really. It’s a thoughtful gesture by any standard. In fact, if you ignored my warning and clicked on it anyway, you contributed .001 cents to the relief effort, so you can feel good about yourself. Youtube pays $1 for every 1000 views. Wait! She only gets 10 percent of that. The number is too small for me to calculate.

But here is another, more important number. How many months, or hopefully years, will it take for her celebrity to destroy her?

I’m not even sure we need another tween-age celebrity to provide moral instruction. Don’t we already have Justin Bieber, whose interview with Rolling Stone will be studied by social critics for decades to come? Or at least made fun of by satirist like Joe Queenan?

Or maybe not. She may disappear as quickly as she came. Social media is fickle that way.

The real problem with Rebecca, however, is that she was robbed of her childhood. Before she went viral. The video itself puts this over-dressed 13-year old in a dance club or house party, celebrating the shallow years of her life before she even gets there.

Tosh’s executive producer says “‘Friday’ may be the greatest pop song since Will Smith’s ‘Gettin’ Jiggy Wit It.’”

That’s too bad. For everyone.

But especially for Rebecca.

13 thoughts on “girls just want to have fun”